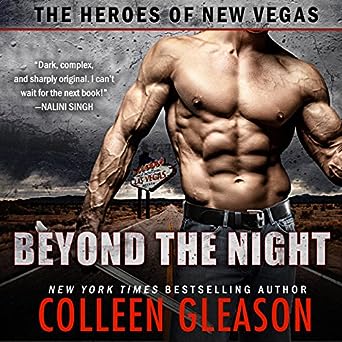 Everything they knew and loved was gone.  Five men emerge from a cave to find the world that they knew is gone, they have extraordinary new powers, and they must learn and survive in this new world.  When Dr. Elliot Drake and his friends went on an expedition in a system of caves, he and his companions did not expect to awake from a sleep and emerge fifty years later. Cities are now desolate - lacking technology and infrastructure, civilization is controlled by deadly immortals called the Strangers, and there are zombie like creatures that roam stealing blond people for the Strangers and tearing all others apart.  Elliott has an extraordinary new gift, he has the power to heal, but it comes with fatal consequences, although he can take the injury away from a patient by touching them if he doesn’t touch another person or animal and pass the injury onto them, then he takes on the injury himself, only more fatal.  Jade Kapiza was imprisoned by the immortals for years and escaped and has now been in hiding for years.  She is determined to help the human race fight back against her old captors but doesn’t trust anyone…. Until she meets Elliott.  Narrated by Sebastian Fields 10h 33min